TBC|DOC short-form documentary series takes a deep dive into the minds of today’s most vibrant and enigmatic creators across the world. The series takes a uniquely intimate look at some of the most intriguing voices working outside of the mainstream spotlight. TBC Docs aims to create a uniquely curated mix of artist profiles that will serve as an alternative to other related outlets. We strive to go the extra mile in capturing the individual perspective that drives each artist’s work. Filmmaker Sam Vladimirsky creates a rare space for each of these artist profiles to take shape while uncovering the story behind their work.

Talks About her Love Doll Series

In 2009, Simmons encountered a hyper-realistic sex doll on a trip to Japan, thus inspiring her Love Doll series. Leaning into orientalist cliches, Simmons positions the doll in unfamiliar all-American settings, much like one would find in a mail order catalog. This juxtaposition underscores the omnipresence of feminine narratives that drive consumer culture and intimate fantasies alike.

Laurie Simmons is a visual artist based in New York. Her work spans collage, photography and film, exploring the representation of women and gender roles in domestic spaces. In particular, her use of dolls, ventriloquists or other miniatures deconstructs and examines idealized representations of the human form.

Beautiful Boy reveals a more intimate perspective on identity and sexuality, featuring Rivera’s own domestic partner as a muse. Reimagining gendered imagery from a vast range of time periods and cultures, the project also reflects the fluidity of collaboration between photographer and subject.

Lissa Rivera is a photographer and curator based in Brooklyn, NY. Her work explores the evolution of identity, sexuality and gender in relationship to material culture, earning her such honors as the Magnum Photography Award for Portraiture and the Griffin Museums’ Peter Urban Legacy Award. As a curator, she has produced six exhibitions for NYC’s Museum of Sex, notable for their inclusion of traditionally underrepresented voices—regardless of formal education or exhibition history. 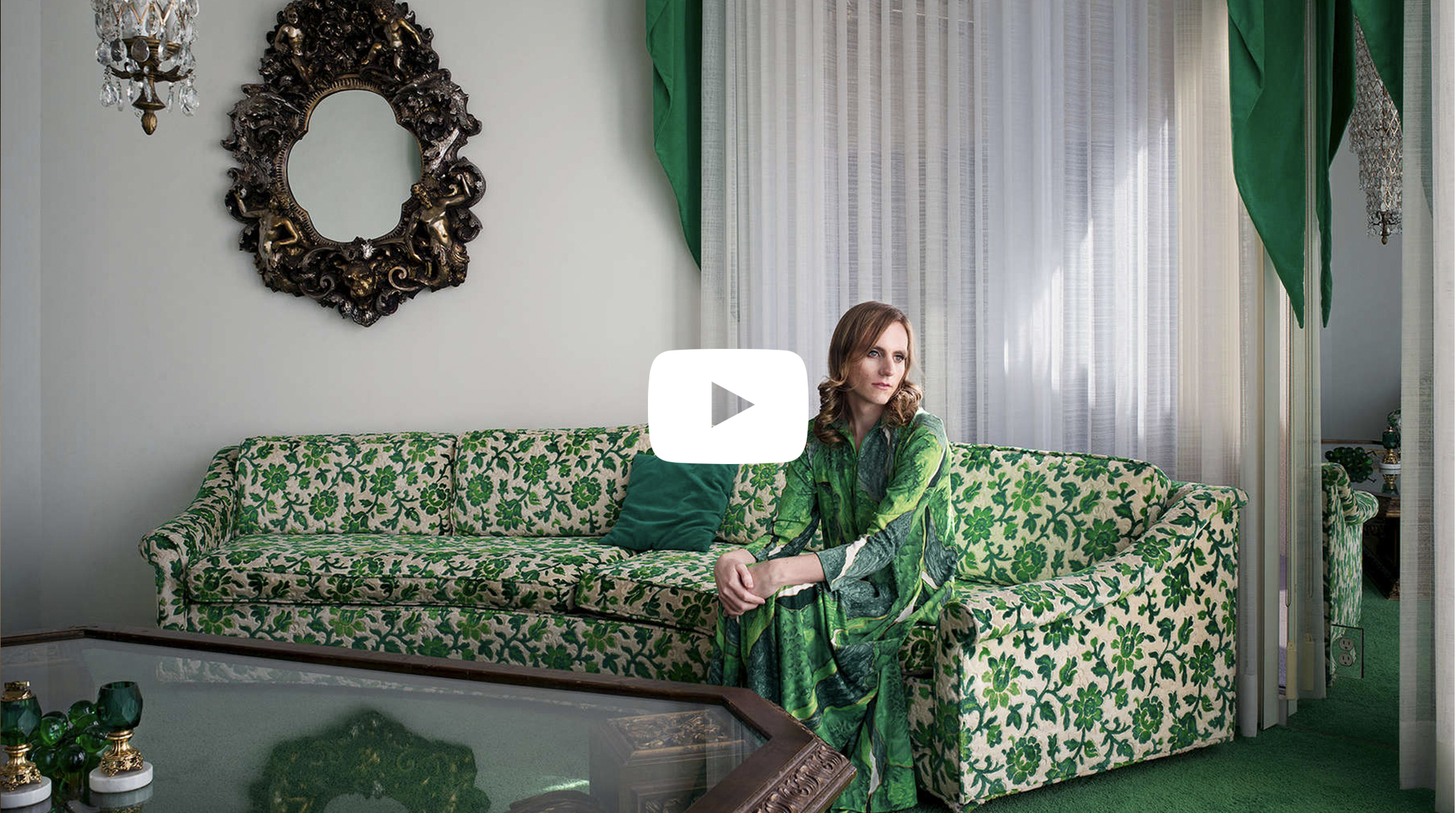 At Home, I Am A Tourist - Coming Soon

Tommy Kha's photographs flip the genre of self-portraiture on its head, by substituting the artist's body for 3D printed masks, cardboard cutouts, plaster busts, digital scans, and an endless ensemble of doppelgängers bearing his signature deadpan likeness. "Self-portrait photography has been tied together with identity so much that it's become a synonym for it," he says, "First and foremost, I am interested in how truth is easily dislodged." Growing up queer and Asian in the American South, Kha now uses the camera to control his own representation.” 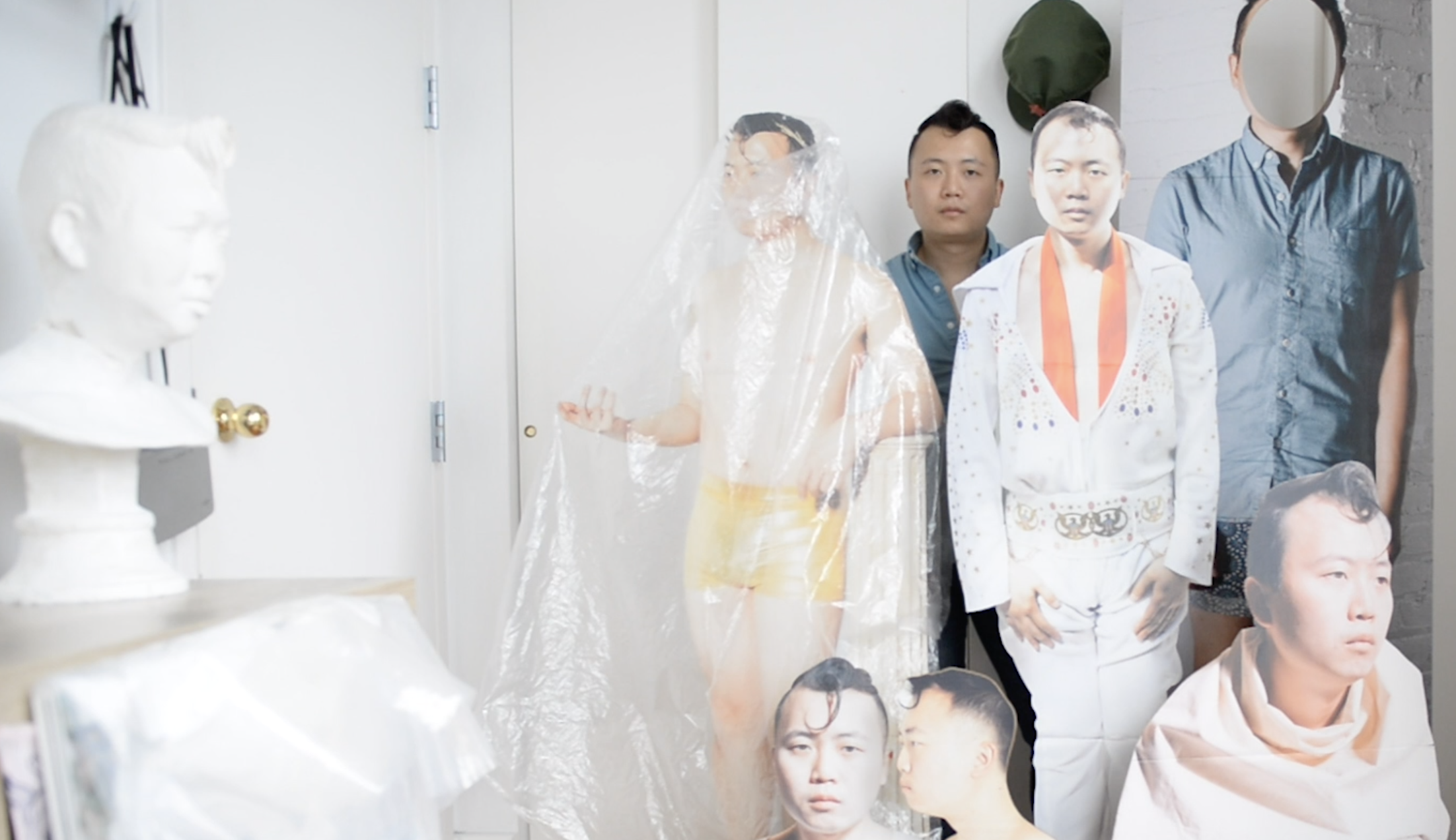 In the Photomontage series, Hediger explores internal human emotions, notions of the uncanny and the subconscious / conscious mind. Exploring the concept of the “Photomontage” as a ghostly apparition of living person, a feeling of claustrophobia and timelessness permeates the work. The hand of the artist is also readily apparent—in pencil marks, irregular cuts left exposed or hanging strings—drawing further attention to Hediger’s unusual angles and focal planes.

Cornelia Hediger is a conceptual photographer based in NYC. Over the past twenty years, she has turned the lens on herself, creating self-portraits that blur the boundaries between fiction and truth. Her work also reflects an enduring interest in photo collage and montage, combining pigment and gelatin silver prints with such varied sources as scans of household textures from the artist’s studio or photography from her native Switzerland. 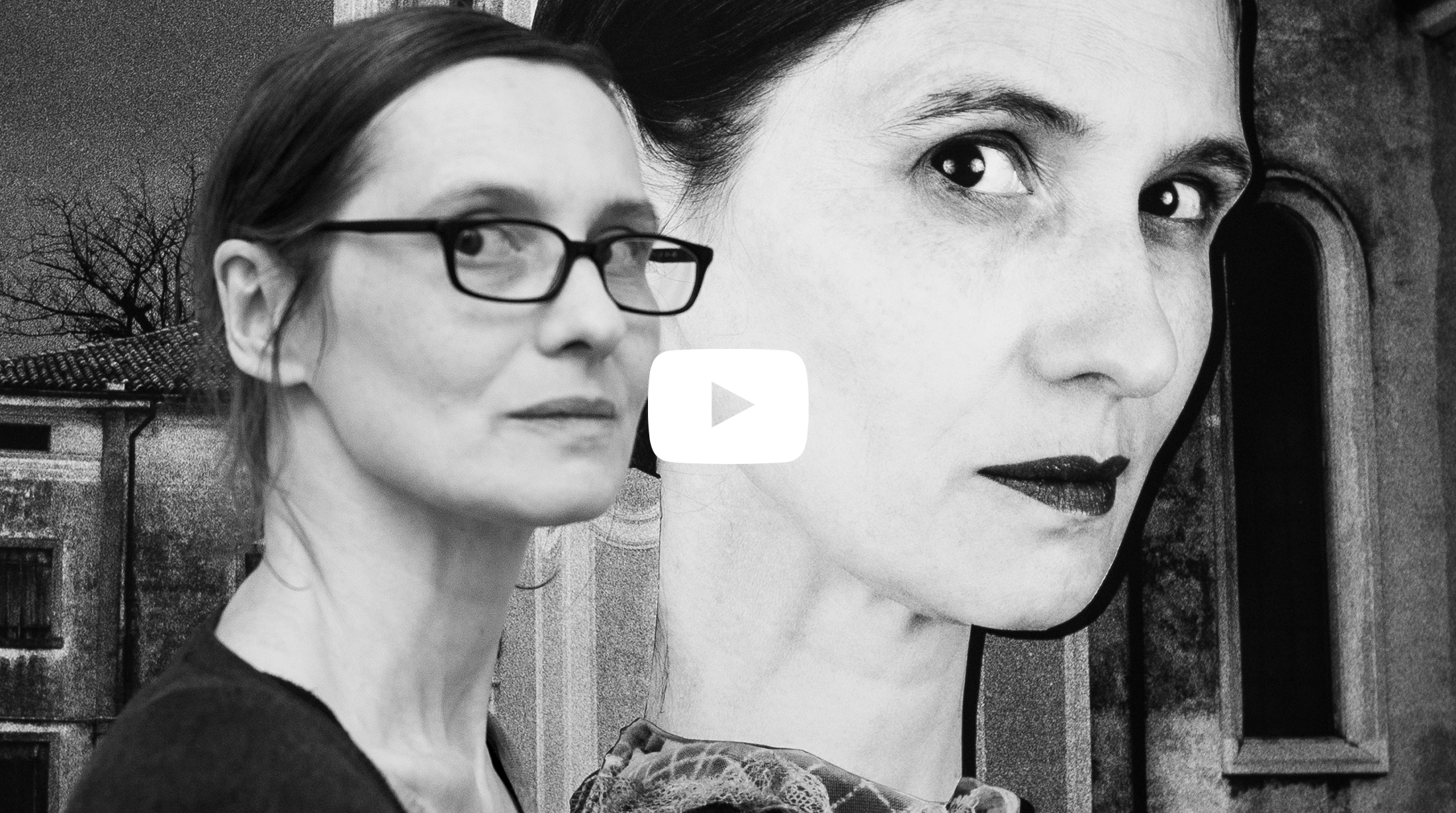 Neighbors is a departure from Svenson’s usual studio-based practice, inspired by the gift of a bird-watching telephoto lens. Applying a reporter’s gaze to the quotidian activities of his downtown Manhattan neighborhood, the images are framed by the grid of Svenson’s own apartment windows. Daily events are thus presented in a theatrical format, cropped and oriented to focus the viewer’s attention.

Arne Svenson is a photographer based in New York City. From landscape photographs of Las Vegas to portraits of worn-out toys and medical museum specimens, his work has broached numerous and varied subjects. The common narrative is Svenson’s interest in the inner life or “essence” of humans and inanimate objects alike.

In “Mama” (Beautiful Skin), Miguel continues to reflect the unique diversity of New York City. Traveling throughout Upper Manhattan by bike, he has spent the past eight summers frequenting neighborhoods that have been historically disenfranchised or ignored by both the government and the rest of society. Yet his portraits do not tell a story of impoverishment or neglect; rather, they display the richness and resilience of these distinctive communities.

Ruben Natal-San Miguel is an architect, fine art photographer, curator, creative director and critic based in New York. Over the past two decades, his photographs of NYC have been celebrated by countless galleries, institutions and publications for their rich, layered perspective and vibrant storytelling.

Born in Bangkok, the artist’s experiences as a “broken English speaker” also inform her work, as her speaking often results in misunderstandings with both humans and machines. In TK1971, the artist layers spontaneous improvisation over the responses of mis-informed and mis-trained technologies, examining the inherited (and perhaps, flawed) humanity inherent in machine learning.

Tiri Kananuruk is a performance and sound artist based in New York. With an academic background in Exhibition Design and Interactive Telecommunications, her work explores the manipulation of sound in the context of technological consumerism, examining human relationships through the use of transmitted signals and machine learning, natural language processing and bodily movement.

In Bots, Cells and Humans Watching, Morales invites the audience to access his work at http://symbiosis.live. Part digital and part physical, the piece connects servers to a bioreactor growing living cells. This tension creates an environment influenced by both virtual and tangible forces, eventually transforming the server into a hyper-attractor of bots and other inorganic organisms. As humans witness the process, they add yet another element of interaction—the only element that does not actually penetrate and manipulate this environment.

Sebastián Morales is an artist, engineer and researcher based in NYC. Informed by a background in Mechanical Engineering and Interactive Telecommunications, his interactive works combine elements of robotics, digital culture and living systems. With numerous exhibitions across the US and Europe, his current installations explore the speculative symbiotic relationships between organic and inorganic forms of life. 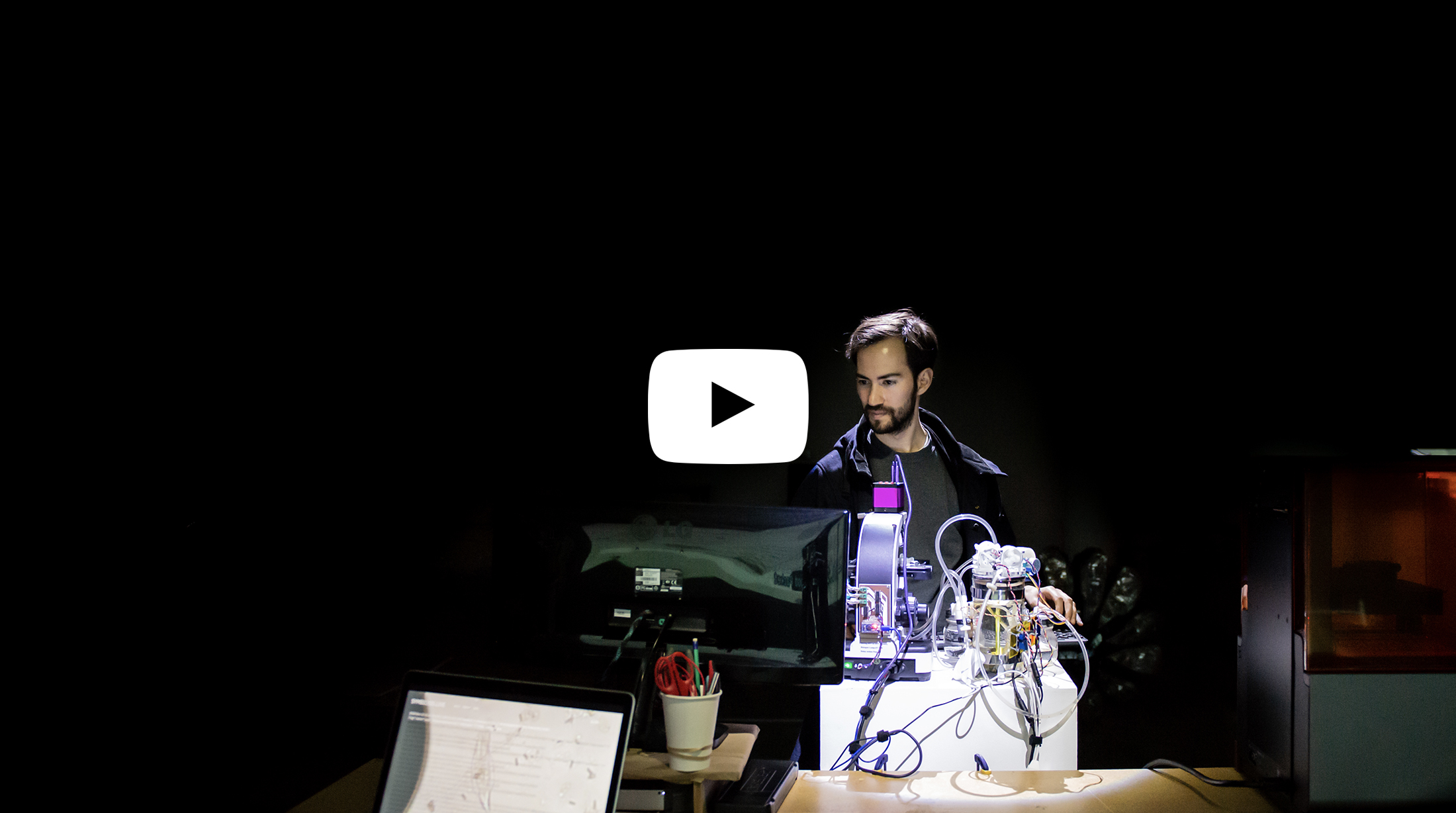